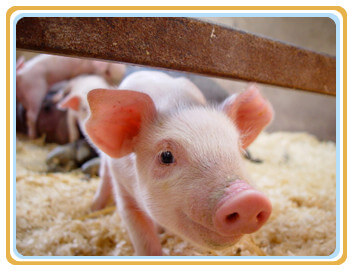 Abundant grain feedstuff and advanced rearing techniques make America the third ranking after China and EU in pig production, the first ranking in export and the fifth ranking in import. Pork is an important component of American agriculture and an important part of the American diet and way of life, which is another reason boosting American swine production.

But in the past, traditionally pig production was kept as a subsidiary to the crop enterprise and used to add value to corn when corn prices are down. Very little effort was spent to improve the genetic base, to optimize productivity, or to cultivate consumer acceptance for pork being a commodity.

As producer began to realize that inputs to pig industry led to considerable returns, it began to grow in importance as a profit acquisition and in the food marketplace. Rapid gains were made in productivity as management inputs were well-adjusted.

For much of the 19th to 20th centuries, pork was preferred meat in the US. Hogs were valued not just for their meat but for the lard, and the lard could be used for cooking, baking and making candles and soap. As Americans became more health conscious, pig production began to focus on the pigs’ ability to efficiently convert feed into protein, which even resulted in a much leaner type of pig being produced.

There has also been a big and important change in how and where pigs are produced over the past 50 years. Low consumer prices, and therefore low producer prices, and smaller farms with decreasing profits, have resulted in larger, more efficient swine industry operations; and pig farming has evolved into a highly automated production process with minimum labor cost. Besides, the dramatic shift from small-scale production to vertical-integration factory farms is enhancing the overall level of industry automation. The larger operations with scientific management practices enabled farmers to significantly increase the efficiency of production by using less labor. 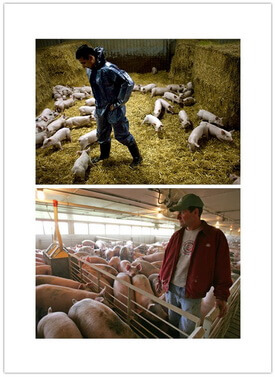 Though pook production has evolved over the past 300 years in the US for the economic value of pork to the US and American agriculture, now there still are many respects imposing the restriction on the US pig industry moving on. And issues restricting the development of US swine production: environment concerns, cost competitiveness, changing regulations, access to export markets, animal welfare, health status, food safety, product quality, traceability; high oil and feed prices, internal and external competition also hamper the US pig industry. Unfortunately, even with economic recovery on the horizon, the industry will continue to decline.