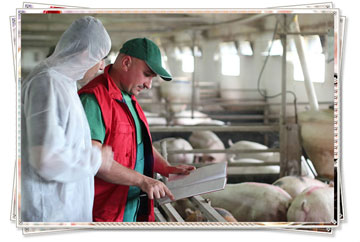 Pig farming industry plays an important role in Germany stock farming. And with the development over the past years, Germany has grown to become the undisputed market leader in swine production in Europe.

In the development of Germany pig farming, to achieve the high efficiency, there are three steps taken to work out this progress.

Firstly, combining the scale production and scale management to win a higher scale benefits; Secondly, to make the efficient utilization of the professional production resource, the pig farms has a team work of the general pig farms, commercial pig farms and the farms with self-sufficient breeding and feeding; thirdly, promoting the standard and normative pig farming by employing automatic feeding techniques, computer-controlled ration-timing feeding and mechanized feces cleaning, etc. All these measures assure the stable and high-yield pig production.
If these driving factors means the chances for the thriving pig production in Germany, these factors has helped Germany with the leading position in EU, but behind this remarkable dynamics, there are risks of the German pig farming industry. 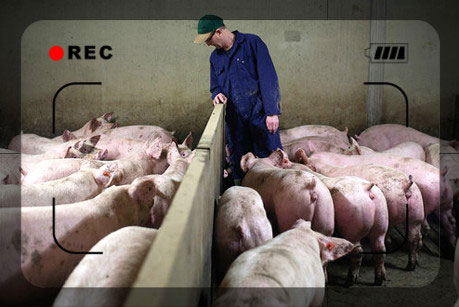 Because of the low prices and bilateral veterinary negotiations between Germany and the importing countries and the comprehensive implementation of the Quality and Safety System, Germany pig industry has an impressive export success. However, the growing exports comprise several risks. As Germany has to import large amount of feed components, one risk is the volatility of the world market for these components. The second risk is the dependence on only a small number of importing countries outside the EU. The non-EU countries may not be able to reach self sufficiency for pig production within a few years, they can nevertheless be expected that the import volume will decrease considerably, which will have a strong impact on Germany pig industry. Risk three is the growing imports of live pigs, domestic production alone would not have been able to supply with a sufficient number of pigs, i particularly because of a decrease of the sow and piglets population.

So in the future development, Germany pig farming industry has many risks and problems to overcome.