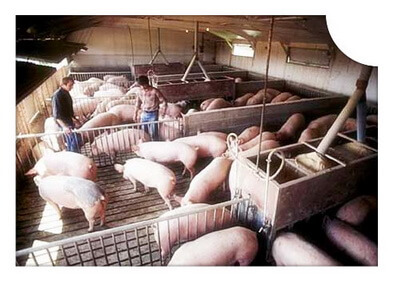 Because of the religious belief, many indians do not eat pork, but what makes everyone surprised is the live hogs raised in India has a large amount, India has a great potential market for pig industry.
According to a study of Animal Husbandry and Meat Industry in India, pig farming with a profit of 60% topped all other types of subsidiary occupations like dairying 10%, poultry 30% in the past few years.

With the introduction of new techniques for rearing and breeding of pigs and appreciative-encouraging Government Schemes. Farmers and keen people are now attracted to pig farming, because of its low starting cost and decent earning at the same time. Moreover, not only traditional farmers, young-generation farmers from all over the country trying their hands in different areas of animals husbandry and in these areas the most popular one is pig breeding farms.

Rising per capita income, growing urbanization and unfolding globalization are boosting the demand of high value commodities including meat. Due to these changes in recent past years, a rapid shift has taken place in the dietary habits in flavor of non vegetarian diet. As a result, demand for pork has swiftly increased and the India domestic market price for pork has risen form Rs. 30-40 kg to 90-140 per kg over the last 5 years.

With gradual replacement of societal and religious taboos, the pig rearing by using advanced technical management practices is becoming more and more popular across all social strata finding this enterprise with comparatively more earning. 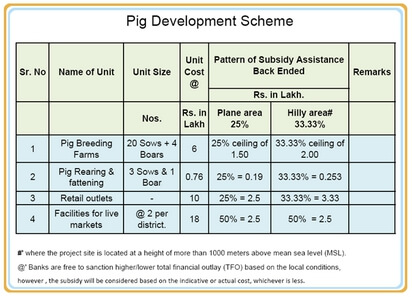 The Indian government has announced a scheme, Pig Development Scheme, which was started in 2010, aiming at encouraging commercial pig farming by farmers or labourers; improving production performance of native breed through cross breeding by using selected pigs of high performing breeds; providing incentives in terms of capital subsidy for ensuring the viability of the pig breeding, rearing and related activities.

But before the Pig Development Scheme, pig rearing has traditionally been in the main occupational axis of the socially backward down-trodden class of Indian population since immemorial time. The average production of pigs in India is less compared with the developed countries. The main reason is the lack of knowledge in respect of pig rearing and breeding, and another reason is due to the image of pigs in Indian society. However, pig farming is no more restricted to lower class people at present for the implement of the Pig Development Scheme, and also most of the higher caste people have seen the economic importance of this animal and have started pig farming in scientific manner.