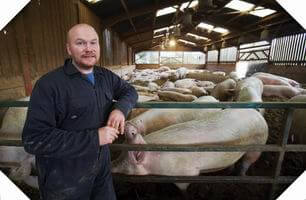 The pig industry is a major sector in UK agriculture. UK pig industry has its origin in 6000 years’ farming. And throughout this long period, the pig has been a important and valuable farming animal that has contributed to consuming product wastes, fertilizing the land and providing sufficient meat source. But UK pig industry sector is different from many other sectors, it is not supported by state or European subsidy. Nowadays, pigs are only kept in a farmed condition in UK, as the practice of traditionally keeping pigs in the back gardens in the countryside has been outlawed.

The undermined UK industry by the cheap pig imports and the markedly risen pig production costs owing to farmers’ complying with the welfare legislation, these tow factors have made an strong impact on a significant contraction of the national pig industry in 2013. And the risen pig production cost was caused by the blighted crop production because of the global droughts which has led to the risen prices of pig feed. And this factor has had an impact on UK pig industry for a long time till the end of July, 2013. So it means the gap between feed and pig production prices is being reduced. And pig industry independent adviser Peter Crichton has urged bankers to look more favourably upon farmers who want to invest in pig farming. 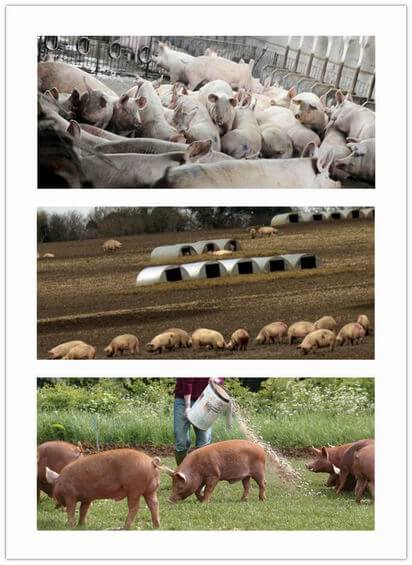 But he also indicated that UK pig farming had a shortage of pig housing and finisher, though UK pig farming at the moment was a better state of health.
“The problem is that quite a lot of diversification scheme have taken place with business units, barn conversions and so on, and this has reduced finisher space.” He said.
“We have also seen a lack of investment because of the unprofitable years that we have had, really since 1996-1997, so some finishing space is wearing out.”
“We need bankers to take a more enlightened view of contractors as well as independent producer who want to extend by building permanent finishing facilities on their units, which can in some cases be used for other purposes if pig production were to go out of favor.”
Contract breeding and finishing could insulate pig keepers from the very sharp falls that could often occur in pig prices, providing them with a regular income rather than exposing them to “risk and reward”, he explained.

And he said that the pig business collapse was not a symptom of poor trading conditions currently, but the company had been a casualty of a long trading period previously, when feed costs had been unsupportedly high in relation to pig returns.