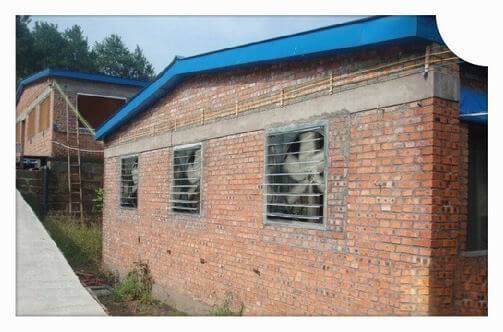 Positive Pressure System
Positive pressure systems perform ventilation by forcing air into the building. Generally, they need a filter to make sure the incoming air is of good quality. 20%-30% of the energy used by the positive-pressure fans is rejected as heat into the building which is advantageous during winter and disadvantageous during summer. If the air is moist, the moisture in the air may condense on walls and equipments, etc.

Negative Pressure System
Negative pressure systems work by forcing air outside from the building, so the indoor air pressure is lowered, then there is a negative-pressure zone and the air outdoor will flow into the house for the air pressure difference. Reduced fan efficiency is allowed for the unavoidable dust accumulation on fan blades. At low air flow rates, negative pressure systems will not provide uniform air distribution. There are heat recovery systems which are mostly used in modern commercial type and big residential buildings, available to capture heat from the air that is being exhausted to the atmosphere.
Ventilation Fans
Multi-speed fans are usually able to work with two speeds, and the lower speed is 60% of the full speed. Small multi-speed fans can be equipped to have five different speeds. 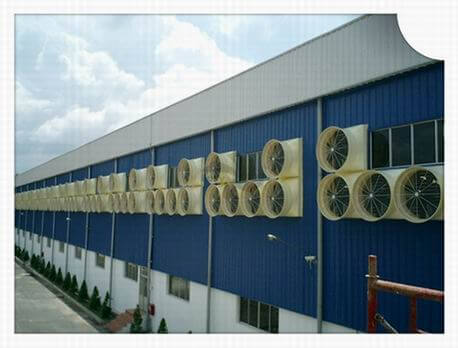 Variable speed fans can be adjusted down to 10% of the full fan speed. The speed of variable-speed fans is regulated by varying the root mean square voltage or frequency to the motor by a variable transformer or a solid state control. A variable speed fan can be more efficient than the fans with either on/off or multi-speed control. The speed of variable-speed fans is typically varied as a function of barn moisture and temperature. Their speed can be adjusted as needed to maintain the desirable pig barn conditions more accurately with optimal energy consumption.
Intermittent fans are controlled by a timer or a thermostat, so they can be operated at a certain times during a period. These fans have to be sized to operate at least 50% of the time with frequent cycles.